Are you an avid fisherman, but you don’t have the money to invest in a pontoon boat for anglers? Don’t worry, we’ve got you covered. All you need is a good set of fishing rod holders and trusty fish finder. With these items, you’ll be ready to spend an action packed weekend fishing on the lake.

Looking for the Best Fish Finder for Pontoon Boats?

Buying a fishfinder shouldn't be a spur of the moment decision. Not only because it's an expensive purchase, but also because you don't want to be stuck with something that doesn't work the way it should. Here are some things that you should look for in a good fish finder:

Are you looking for a mounted or portable fishfinder for pontoon boat but you don’t know where to start? Have a look below at some of the most popular fish finders for pontoon boats.

Everything You Need to Know about Fishfinders

Fishfinders come in a lot of shapes and sizes. Some are as advanced as your desktop computer, while older models are strictly functional. Many of the same companies that make car navigation systems also manufacture fishfinders.

Some of the top fishfinder brands are:

Most people are familiar with Garmin because of their success in the automobile market; they also make a number of top-selling fishfinder models. If you’ve been shopping around for a pontoon boat recently, you probably recognize the Humminbird brand as well. Many of the angler pontoon boats come equipped with Humminbird fishfinders.

If you’d like to learn a little more about reading your fishfinder, have a look at this informational video:

How Does a Fishfinder Work?

Similar to the way that submarines navigate under the water, fishfinders use sound waves to draw a map of everything underneath the surface of your boat. Check out this short video to learn more about how fishfinders work:

Unfortunately, installing your fishfinder isn’t as simple as mounting a computerized display at your helm. Without a transducer, the device that sends the sonar through the water, your visual device is nothing more than an expensive paperweight.

If you’re asking yourself where to put transducer on pontoon boats, don’t worry. It’s a painless and relatively quick process that anyone can do with a few tools and a free afternoon.

The best way to mount a transducer on a pontoon

The question that I hear the most from the casual pontooner is, “where do you mount a fishfinder on a pontoon boat?”

Many people are intimidated by the thought of drilling holes in their pontoon boat. The truth of the matter is that anyone with basic construction experience can mount a transducer on the bottom bracket of their pontoon tube.

You’ll find that the most difficult part of installing your fishfinder isn’t mounting your transducer, but rather attaching the cable to your display mount at the helm. With that said, if you’re comfortable working with your hands, you shouldn’t have a problem mounting your own fishfinder. However, if you’re not good with making measurements and drilling holes, you might want to let a professional but the fishfinder in for you.

The Best Fishfinder for a Pontoon

Choosing the best fishfinder depends a lot on your own personal preference, along with the four components mentioned above. With that said, here are some of the most popular fishfinders on the market.

The Garmin Echo 551dv is a powerful fishfinder that provides broadband sonar and down imaging. This fishfinder has the reputation for providing the clearest image of any model on the market. It also comes with a few other neat features, including:

Overall, the Echo 551dv is a well-rounded fishfinder that looks good and performs excellently. Plus, its 480 x 640 resolution is a step up from older Garmin models.

The 551dv is a dual frequency fishfinder that operates at 50/200 kHz, which means that it’s optimized for shallow and deeper waters. If you want a solid fishfinder that provides a clear and accurate picture and costs less than $500, this is the one for you.

If you want a high-tech fishfinder and money’s not an issue, the HDS-9 Gen3 Insight by Lowrance is your best bet. It’s made with the most technologically advanced equipment on the market and acts as a fishfinder and so much more, which is why it’s one of the most popular finders around.

Here are some of the top features of the HDS-9 Gen3 Insight:

The HDS-9 Gen3 Insight delivers in a lot of ways that other fishfinding tools can’t. Instead of thinking of it as a device for tracking fish, consider the HDS Gen3 Insight to be your pontoon’s very own computer. Just check out StructureScan in action:

While this fishfinder’s features are guaranteed to help you get the most out of the time fishing, its hefty price tag is hard to swallow. The HDS-9 Gen3 Insight is hardly a fishfinder for the casual angler.

The Helix 7 SI is a solid mid-ranged fishfinder that packs a powerful punch. It’s renowned for being durable, technologically advanced, and perfect for both fresh and saltwater fishing. It’s also highly regarded as providing a bright, clear image without any lag. For this reason, it’s a popular choice among anglers who’re looking to fish in both shallow and deep bodies of water.

Here are some of the top features that the Helix 7 SI has to offer:

The Helix 7 SI also doubles as a GPS that provides basic navigational features. While you shouldn't expect the same quality of navigation that you'd get from your Android or iOS phone, it's a great feature to have to determine your current location.

If you’re still not sold, look at Humminbird’s down-imaging technology in action:

Overall, the Helix 7 SI is an incredibly powerful fishfinder that is perfect at mapping out everything beneath the surface of the water. It's also much more affordable than other fishfinders that come with the same technology. For this reason, the Helix 7 SI has been rated as being one of the best overall fishfinders on the market today.

Things to Consider When Buying Your Fishfinder

Now that you know a little bit about fishfinders, you might want to go out and buy one. While that’s an excellent idea, make sure that you do a little bit of research before you do. There’s a lot to consider before making your first purchase.

1. The location of your transducer

It’s widely accepted that the transducer for a pontoon boat goes on the bracket underneath the tubes. Before you buy a fishfinder, just double check to see if you actually have a place there to put your transducer, and remember to never puncture the tubes of your boat when installing it.

2. The size of your boat

Make sure to get the size of your pontoon boat and compare it with the length of the transducer cable before you make your purchase. If you feel unsure, don't hesitate to email or call the fishfinder’s manufacturer before you buy the equipment. Trust me, nothing is going to be more frustrating than getting halfway through the installation process only to find that your boat’s too long.

Another reason that you want to factor in your boat’s size is because it can affect your fishfinder’s performance. Some of the cheaper fishfinders are made for smaller boats and will transmit a weak signal if attached to your XXL pontoon. For this reason, the best fishfinder for an inflatable pontoon boat isn’t going to work for a luxury pontoon that seats 18 people.

For me, having a fishfinder with GPS capabilities is an absolute must. Not only does it help prevent you from getting lost on big bodies of water, it’s also great for making your own maps or modifying additional ones.

With that said, a fishfinder can still perform its duties without GPS technology. If you’re a minimalist that doesn’t care about the extra features that come with top-of-the-line fishfinders, you might want to pass on one with a built-in GPS antenna. This way, you can save a nice sum of money instead of spending extra on features that you won’t even use.

4. Find the right sonar for you

Do you need down-scan or a side-scan sonar, or perhaps a mixture of the two? To find the answer to this question, you need to first think about where you’re going to be fishing. Keep the following in mind:

Having a fishfinder with a combination of down-scan and side-scan technology, like Lowrance’s StructureScan and Humminbird’s SwitchFire, works great if money isn’t an issue. If you’re looking to cut back on expenses then you might want to determine where you’ll spend most of your time fishing, in shallow or deep water, and plan your purchase accordingly.

Most of us are inclined to believe that the bigger the screen, the better. However, that’s not necessarily true. There are situations where a large screen is beneficial, like with models that have split-screen modes or display various data metrics. However, a large display on your run-of-the-mill fishfinder that has no special features isn’t only excessive, it’s also going to get in your way.

The Last Word on Fishfinders

As you can see, finding the best fish finder for pontoon boats isn’t always about spending your money on the most advanced technology. Yes, having a powerful sonar is important. However, that extra-strong sonar won’t do you much good if you plan to do most of your fishing in shallow water.

Having a fishfinder can be a great way to maximize your fishing trip. Not only will you be able to catch more fish, you’ll probably get caught in the excitement of tracking and chasing down fish as well. With that said, make sure that you find a model that works best for you. 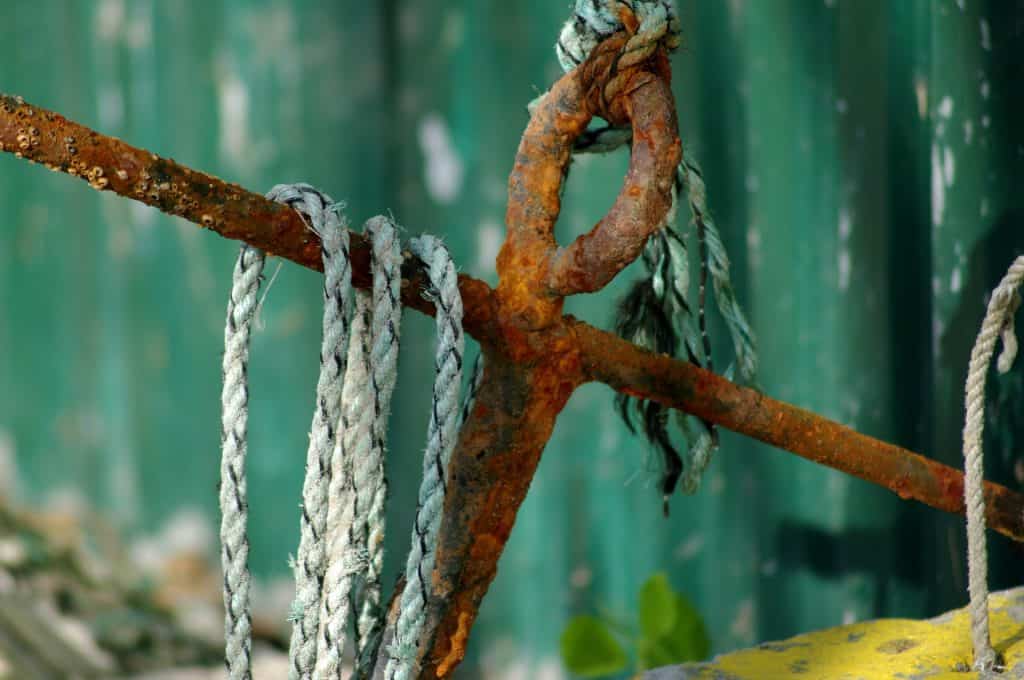